Occupying an enviable location on the promenade in Llandudno, North Wales, Venue Cymru is the region’s leading entertainment venue. Boasting a 1,450-seat proscenium arch theatre with one of the largest stages in the UK, a conference and events centre, an arena, and an atrium hall as well as bars and restaurants, Venue Cymru is a versatile space capable of receiving virtually any touring production, plus exhibitions, events and conferences. Sales and integration specialists, Pro Audio Systems, have recently completed a major system upgrade for the theatre based on EM Acoustics’ HALO-C compact line array system to bring the PA system into line with current-day expectations.

Venue Cymru’s head of sound, Bryn Rosenwould, explained that the existing sound system, which dated from the theatre’s inauguration in 1994, was starting to fall short of the increasingly high expectations of both visiting productions and audiences. It was clearly time for a change, and so Rosenwould and his team, after extensive research including several listening tests, narrowed the choices down to five potential systems from different manufacturers including EM Acoustics. The project went out to tender and was won by Bradford-based Pro Audio Systems. Project manager Lee Unsworth takes up the story:

“The venue required a fuller spectrum of sound than the existing system could provide, with high end clarity, speech intelligibility and low-end punch being identified as key requirements. We know and love EM Acoustics products, so given the requirements of this project, of all the options on the tender, EM was our first choice. Top of the priority list was, of course, sound quality; EM Acoustics boxes all sound very musical and incredibly natural. With correct system design and speaker placement, we had no problem in meeting all the audio requirements. The central array of eight HALO-C cabinets flown in front of the proscenium arch meant that, for the first time, the venue had full coverage of both stalls and balcony enabling a true LCR mix.”

“Secondly, we needed to stay within a fairly tight budget which meant utilising the existing infrastructure,” continued Unsworth. “The passive crossover design of the EMS Series that we used for all the delays meant we could re-use the existing cable infrastructure without compromising on quality but keeping installation costs to a minimum. Key to this project was the ability to accurately predict the system’s coverage pattern to ensure full coverage of all audience areas - something that had been lacking in the past. We measured up the space and produced an EASE model to interrogate the system design. The results led to some changes being made to the initial specification, but we were able to make the changes and still stay within budget.”

Venue Cymru’s Bryn Rosenwould concurred: “It’s true that as a council-run theatre, budget was an issue, which meant that from the outset, EM Acoustics was well placed relative to other brands,” he said. “However, we have an excellent L’Acoustics system in our arena, so as a venue we are very familiar with high quality PA systems and how a decent PA should perform in our auditorium. I wasn’t familiar with EM Acoustics, and when Dave Kelland came to demo the HALO-C and several EMS Series models, it was a revelation for me. The sound quality surpassed what I was expecting and left me in no doubt that this was the right choice for us and not just the “cheaper option”. On the contrary, this was a very high quality system.”

“HALO-C sounded amazing,” he continued. “It’s excellent throw and crystal-clear intelligibility were just what we were looking for, and it has a certain warmth and punch that I like very much.” Rosenwould was also impressed by the voicing of the cabinets which sound the same regardless of the product range; it’s just the application that differs. “The EMS-126s and EMS-129s do an excellent job,” he stated. “I was concerned that budget considerations meant that we wouldn’t be able to have enough speakers to adequately handle the L/R mix, but I needn’t have worried – their coverage and signal dispersion is fantastic.”

Once the system was installed, Unsworth and his team spent a full day measuring system response to verify system performance, adjusting splay angles on the array and the direction/tilt of the EMS Series delay cabinets to ensure that every seat in the house benefited from a similar sonic experience. “Working with the EM product was really easy as it all sounds great straight out of the box. The EQs we applied were simply to compensate for HF losses through the air and low-mid build-up in the room – we weren’t fighting the system to make it linear. Also, it was our first time working properly with EM’s DQ10D Dante-enabled amplifiers. Their excellent DSP capacity gave us everything we needed to optimise the system in no time, and the Dante connectivity means that the system is future-proofed for years to come.”

Rosenwould was delighted with both the system and the service he received from PA Systems. “Nothing was too much trouble for them and I was very impressed with Brian [Lumb]’s attention to detail. I know that if ever I have a problem, they’ll be back in a flash to rectify it – but they did such an excellent job with the installation and commissioning that there won’t be any problems! I’m delighted with the new PA system and will be recommending both EM Acoustics and Pro Audio Systems to all our visiting companies and touring shows.”

Unsworth and Lumb were equally pleased with the outcome: “On final listening to the system, Bryn was over the moon with the results. It actually brought a tear to his eye, and we can’t ask for more than that!” 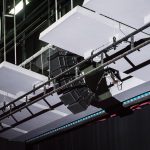 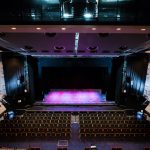 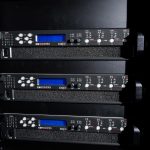 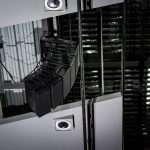 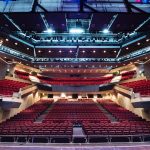 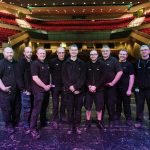